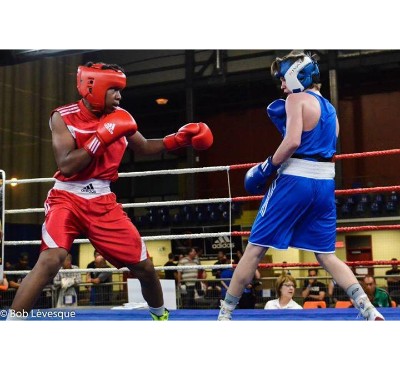 Two members of the Waterloo Regional Boxing Academy have traveled to Quebec City Quebec to compete at the 2015 Junior and Youth Canadian National Championships to be held from January 19th-24th, 2015. 15 yr old Tevin PIPER of Elmira will be competing in the Junior 57 kg category and 16 yr old Tanvir KAHLON of Kitchener will be competing in the 69 kg Youth division.

Both WRBA boxers are representing Team Ontario as Provincial Champions and both are also the current reigning National Champions. Assisting Tanvir and Tevin will be Provincial Team Coach John Kalbhenn, a former New Hamburg resident and WRBA member. The official weigh-ins will take place this morning and it is expected that both weight categories will be full. Tevin and Tanvir will likely see their first preliminary action Wednesday with the Gold medal bout taking place on Saturday. Not making the trip was Terrell PIPER who qualified for the Nationals by winning the Provincial Title. The 16 yr old Elmira native passed on the Tournament because of school commitments.